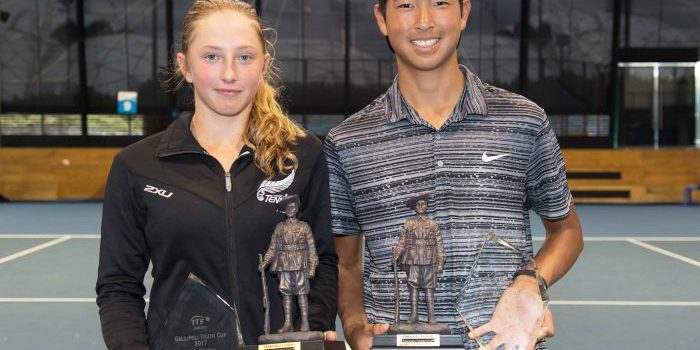 Chase Ferguson and Valentina Ivanov have been crowned the Gallipoli Youth Cup champions.

Ferguson defeated his fellow Victorian Campbell Salmon in straight sets at the National Tennis Centre in Melbourne Park, with a particularly impressive display of volleying contributing to his 6-3 6-1 success. 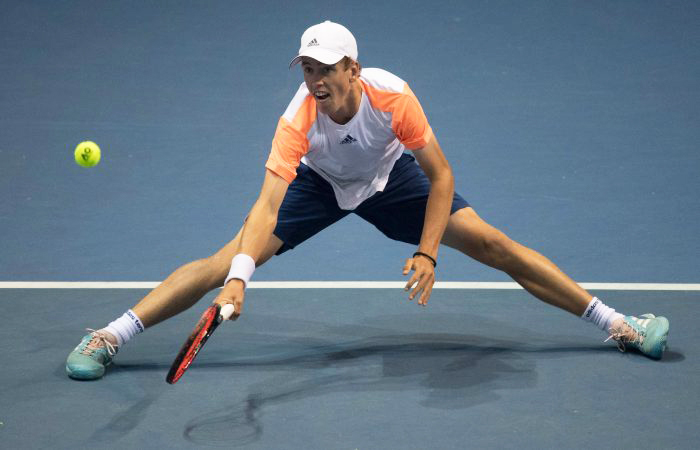 Despite being the unseeded underdog in her encounter with Ivana Popovic (NSW), Ivanov quickly gained the upper hand and took the first set 6-3. And there was no let-up in the second set, as the diminutive Kiwi kept up the pressure with her relentless groundstrokes to prevail 6-3 6-2. 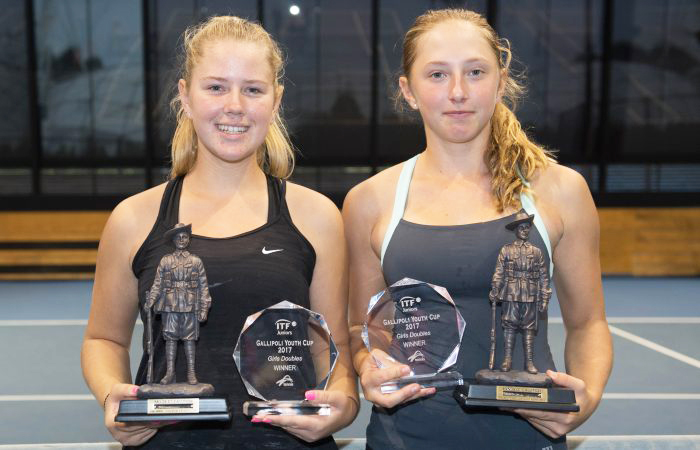 In the boys’ doubles, Salmon made amends for his defeat in the singles final by partnering German Henri Squire to victory over the Australian duo of Ken Cavrak and Sean van Rensburg.

The Gallipoli Youth Cup, which celebrated its tenth anniversary edition this week, is the world’s only international junior tennis tournament held in commemoration of the soldiers who lost their lives at Gallipoli.