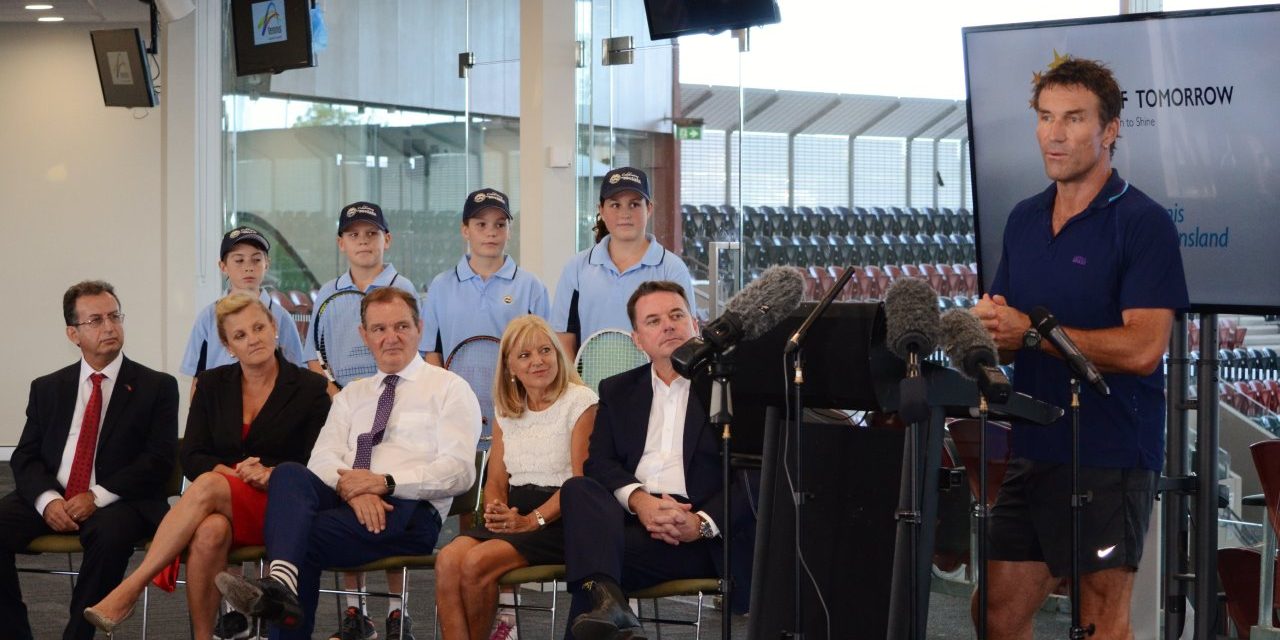 “The Queensland Government is very pleased to see Tennis Queensland, the Queensland Turkish Consulate, four regional councils including Logan, Redlands, Ipswich and the Gold Coast along with Youth of Tomorrow ambassador Pat Cash, making such a concerted and positive effort to support young Queensland students from diverse backgrounds through the program,” Minster Kate Jones said.

Through hosting the School Education Program, Tennis Queensland and Youth of Tomorrow will aim to educate school children about the events at Gallipoli, the benefits of living a healthy lifestyle and the values of mateship that were integral to the Anzac’s of Gallipoli, and remain central to Australian culture.

The program will provide opportunities for primary school children to engage in activities which promote diversity and social cohesion, whilst also providing insight on the commemorative anniversary and sacrifices made by the Anzac’s.

The use of sport and education to promote these values ensures the learnings are engaging and relevant to today’s youth.

“We look forward to bringing this exciting youth educational program to Queensland. The combination of sport and history has always been a winning combination” said program ambassador Pat Cash.

The Youth of Tomorrow School Education Program was first launched in 2008 at Melbourne Park, home of the Australian Open and since then has seen nearly 7,000 children participate.

Honorary Consul General, the Republic of Turkey in Queensland, Turgut Allahmanli says, the School Education Program is a great initiative to strengthen the existing relationship between Australia and Turkey.

“Through sport and education, this special project will create harmony by uniting youths from various backgrounds.”

This project continues to be one of the leading education programs in Australia, enabling students to learn through sport regardless of their backgrounds. With four councils on board for the inaugural year Tennis Queensland along with Youth of Tomorrow aim to take this from strength to strength each year and expand on the number of participants involved.

“The City of Logan has 217 different cultures – a program like this bringing school kids together to promote diversity and social cohesion will be exceptionally well received,” said Mayor Luke Smith.

“Sport is a vital part of our community fabric and this initiative not only encourages our local schools to be active, but it also provides invaluable connections with our nation’s history.

“By teaching our local schools about the ANZAC spirit through a national past-time such as sport, this program will provide a strong foundation for the community values of mateship and unity.”

“This program offers a tremendous opportunity for young people to gain self-confidence. I’m confident it will have a positive impact on their lives,” Mayor Pisasale said.

Deputy Mayor Donna Gates of Gold Coast City Council further added, that this is a great opportunity for schools from the City of Gold Coast.

“We know that this will be a positive experience for the students involved.”

All supporting partners of the program were provided with a limited edition figurine containing sand from Gallipoli as a tribute to their commitment and support.

The School Education Program will take place on 21 April at the Queensland Tennis Centre where students will participate in an educational presentation, tour the venue, see Pat Rafter Arena and play tennis.

For further information about the program visit: www.yot.org.au