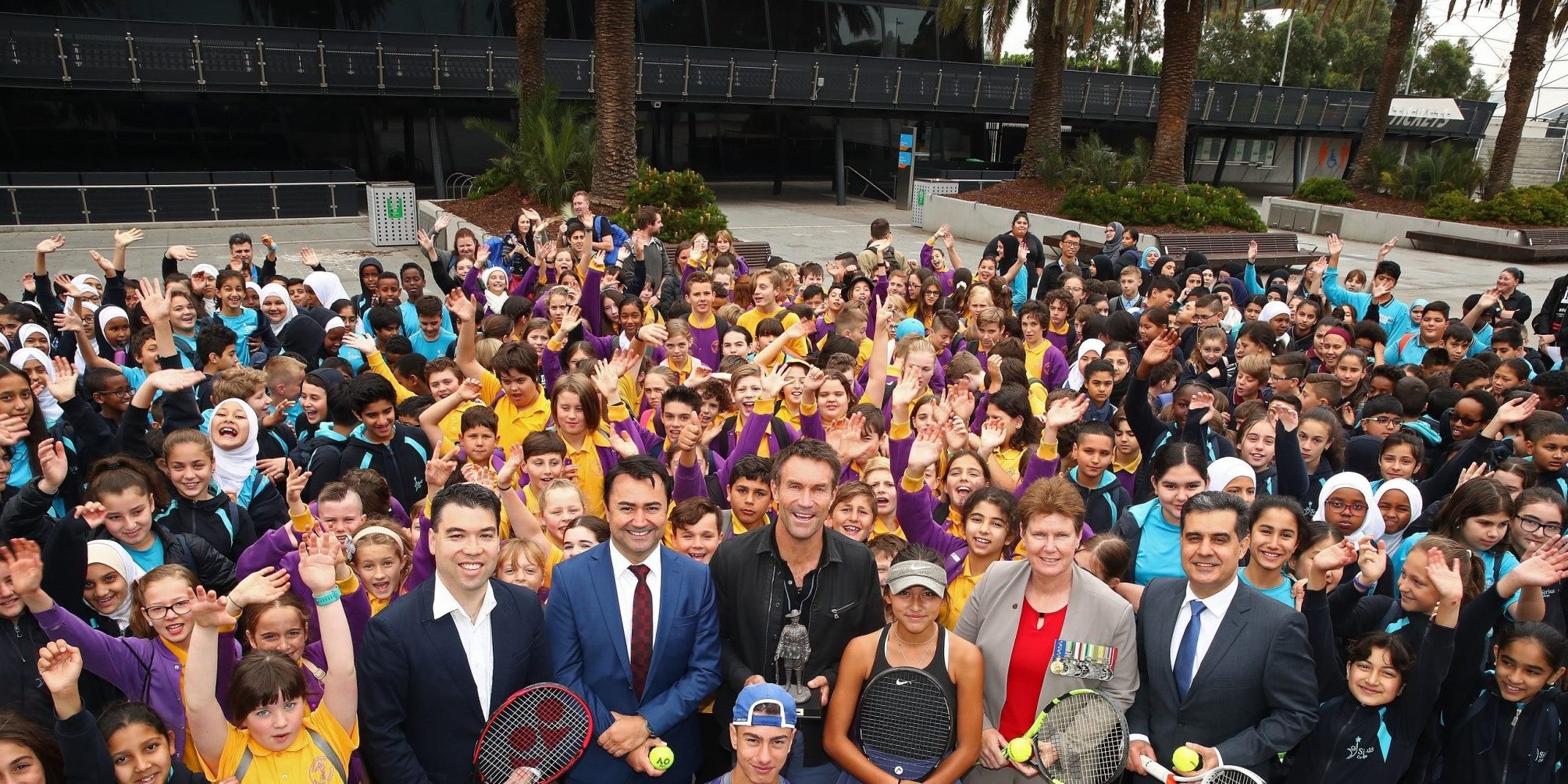 “When we started, we had small ambitions to educate sport enthusiastic children about World War I and how the ANZAC’s role has shaped our current lives. Thanks to the hard work and dedication of many we continue to reach these goals and more.”

The Gallipoli Youth Cup is the only international junior tennis tournament in the world that recognises the relationship between sport, community engagement and an event of national significance.

One hundred and 28 players from a record 13 countries are competing in the ITF Grade 3 junior clay tournament this week (22 to 26 April 2019).

This week more than 400 year six students from various part of Victoria will participate in the tournament’s School Education Program.

School children will engage in a range of activities including an RSL Victoria presentation about the events of Gallipoli, ANZ Tennis Hot Shots and a tour of Melbourne Park.

“The Victorian Branch of the RSL is pleased to once again be supporting the Gallipoli Youth Cup which seeks to develop a strong understanding of the true meaning of ANZAC across our multi-cultural society,” RSL Victoria CEO Michael Annett said.

“Australian Veteran and Warrant Officer Kellie Brett will present ANZAC Day from both a historical and contemporary perspective to the school children.

“The Victorian RSL values our involvement with this program since its inception and looks forward to a strong attendance from a wide cross section of schools in this year’s activity.”

To date the School Education Program has hosted up to 9000 primary school students and every year the demand of schools wanting to attend the program increases exponentially.

Founding Director of the Gallipoli Youth Cup Umit Oraloglu said, “We are proud to have reached this amazing milestone by delivering the School Education Program across three states – Victoria, Queensland and New South Wales.

“We have launched the program in Sydney for the first time and together with our key stakeholders, we look forward to introducing this program across Australia in years to come.

“Every school attending the program will receive educational booklets supplied by the Department of Veteran Affairs Canberra as a resource in their library to enhance student knowledge of the ANZAC spirit.”

For the second year running, PRO IT are the Principal Partners of the Gallipoli Youth Cup.

“After seeing firsthand the consistent success of the Gallipoli Youth Cup and the School Education Program, PRO IT is again proud to support the on-going pathway initiatives available for youth,” PRO IT CEO Bekir Kilic said.

“It’s empowering to see how the benefits of mateship, diversity, social cohesion and health improves youth motivation. Ultimately it’s about supporting them to remain in school and give back to our communities in the future.”

Tennis Australia Manager Tournament Development Francis Soyer added, “The Gallipoli Youth Cup plays an important role to teach younger generations about the sacrifices made by our soldiers in the First World War. We commend Pat and Umit for bringing this tournament to life over the years.”

The Gallipoli Youth Cup was first established in 2008, allowing junior athletes the opportunity to commemorate the fallen soldiers at Gallipoli within a sporting environment.

The winners of the tournament will receive a limited edition figurine containing authentic sand from Gallipoli. These items have been kindly donated by the Military Shop, the official suppliers of the Gallipoli Youth Cup.

The tournament’s School Education Program is supported by the Victorian Government.