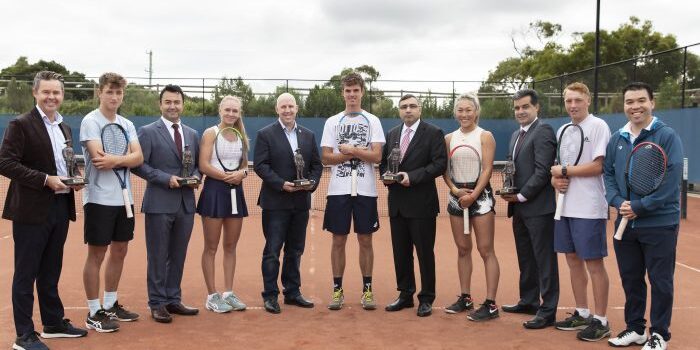 Top junior players from Australia and New Zealand are competing at the Gallipoli Youth Cup, an ITF Junior Grade 3 tournament, on clay this week in Mornington.

In its 13th edition, the Gallipoli Youth Cup is recognised as the world’s only international junior tennis tournament held in commemoration of the soldiers who lost their lives at Gallipoli. The tournament has a key focus on educating younger generations about the unique friendship that exists between Turkey, Australia and New Zealand.

New Zealanders Vivian Yang and Corban Crowther are the top seeds in each field. In total, the tournament will see up to 120 junior players compete across qualifying and the main draw.

First held in 2008, the Gallipoli Youth Cup initiative was co-founded by Umit Oraloglu and 1987 Wimbledon Champion and tournament ambassador Pat Cash, in partnership with Tennis Australia.

“We’re proud to announce that after 13 years, junior tennis players continue to commemorate the values inherited by the ANZACs and Turkish soldiers of the Gallipoli campaign. The GYC remains the only global youth commemorative initiative within the tennis world today,” said Umit Oraloglu, Gallipoli Youth Cup founder.

Ambassador for the Republic of Turkey and GYC Patron Korhan Karakoc said, “The Gallipoli Youth Cup is a great initiative between Turkey and Australia, two countries sharing the pride of setting an example on how to forge a unique friendship out of a painful war. Sport is a wonderful way of furthering friendships. In this sense, the Gallipoli Youth Cup has been successfully serving the goal of uniting youth, promoting peace and brotherhood and enhancing harmony.”

“We are proud to say that after three years of continued support of this great initiative, the Gallipoli Youth Cup continues to make a positive impact across communities and importantly to its most valued beneficiary – youth,” added PRO IT CEO Bekir Kilic.

“RSL Victoria is proud to support the Gallipoli Youth Cup once again. This is a wonderful program that engages and junior tennis players on the history of the ANZACs and those quintessential values of endurance, courage, ingenuity, good humour, and mateship,” RSL Victoria CEO, Mr Jamie Twidale CSM added.

Tournament winners will receive an ANZAC themed figurine containing authentic sand from Gallipoli. These items have been kindly donated by Military Shop, the official suppliers of the Gallipoli Youth Cup.