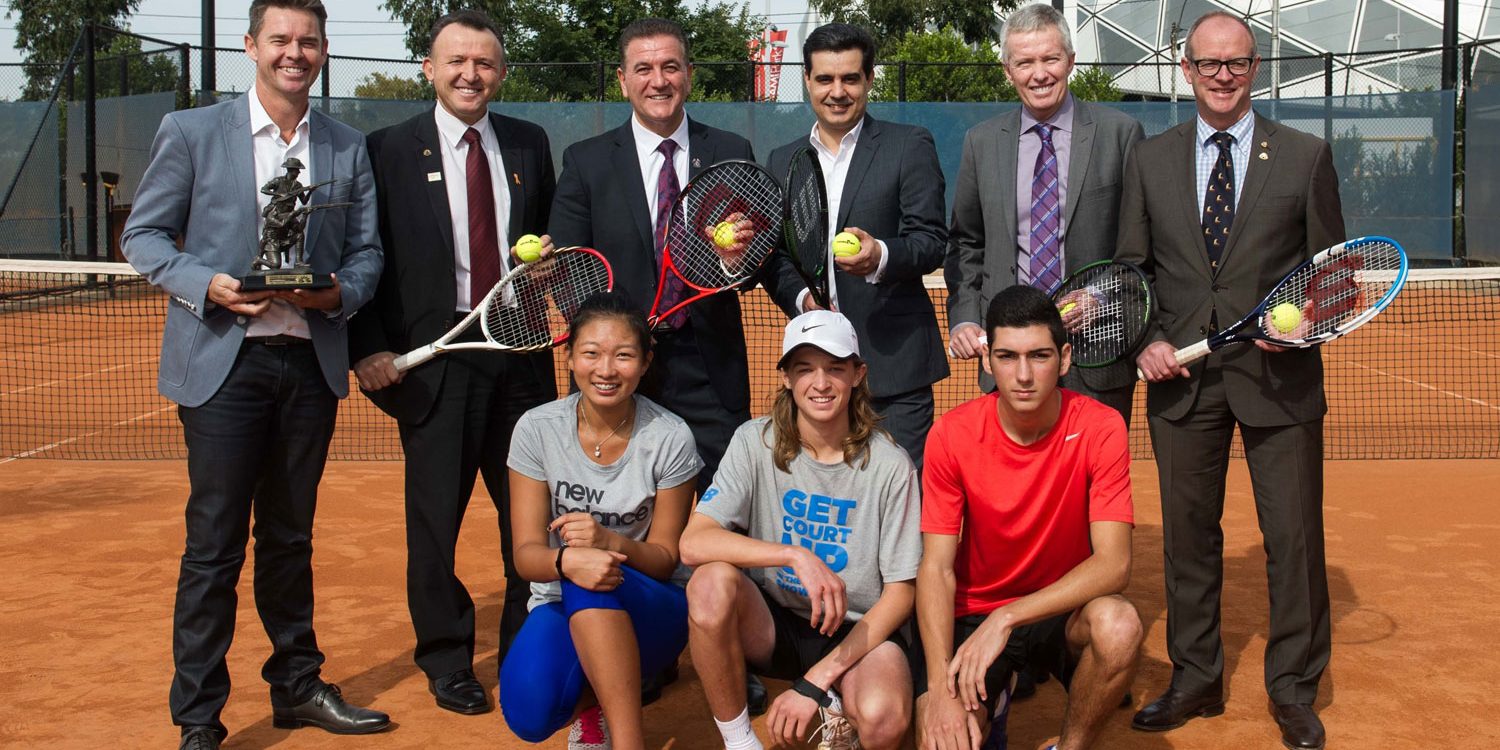 The eighth annual Gallipoli Youth Cup was officially launched to honour the 100th anniversary of the landings in Gallipoli and the tournaments return to Melbourne Park next week.

The eighth annual Gallipoli Youth Cup was today officially launched to honour the 100th anniversary of the landings in Gallipoli and the tournaments return to Melbourne Park next week.

The ITF Junior Grade 4 event will be held on the clay courts at the National Tennis Centre, Melbourne Park on 20-26 April 2015.

The event was introduced in 2008 and was established to give junior athletes the opportunity to honour the values and tradition of the soldiers who fought at Gallipoli.

Defending champion Jake Delaney (Sydney, NSW) is expected to lead the boys’ field in 2015 while Gabriella Da Silva Fick (Sydney, NSW) will be the top contender on the girls’ side, with almost 120 top local and international rising tennis stars set to contest the event.

Tiley said the tournament continues to be a fulfilling opportunity for junior athletes on court while also honouring a historical occasion.

“The Gallipoli Youth Cup is a high quality junior tournament that gives athletes in Australia and around the world an opportunity to commemorate the Anzac spirit and the commitment of our fallen soldiers,” he said.

“In light of the centenary of the landings in Gallipoli next week the tournament marks this special occasion and recognises the relationship between sport, community engagement and an event of national significance”.

Added Eren: “The Andrews Labor Government is proud to ensure the country’s top fledgling tennis stars get another chance to shine at the Gallipoli Youth Cup. This is a crucial event for young tennis players, but so too a perfect opportunity to honour the sacrifices of our brave servicemen and women”.

Meanwhile, the Gallipoli Youth Cup’s School Commemoration Program (SCP) continues to thrive and grow off court; it aims to educate school children about the events at Gallipoli and the benefits of living a healthy lifestyle, while teaching them the values of mateship.

The SCP is organised in association with RSL Victoria, who help to organise and present the education component of the program. This year the program will see 18 schools with close to 1000 children from around Victoria set to participate.

Founding director Oraloglu said: “Every component of the program benefits our local students and community. It brings further insight into the commemorative anniversary and sacrifices made by the Anzacs through sport and education”.

The Gallipoli Youth Cup and its School Commemoration Program are part of the Australian Tennis Foundation.

The tournament is the brainchild of Umit Oraloglu and Australian tennis great and tournament ambassador Pat Cash, in partnership with Tennis Australia.

This year all main draw athletes will receive a special commemorative key ring while the singles and doubles winners of the tournament will receive a limited edition figurine. Both gifts contain authentic sand from Gallipoli.