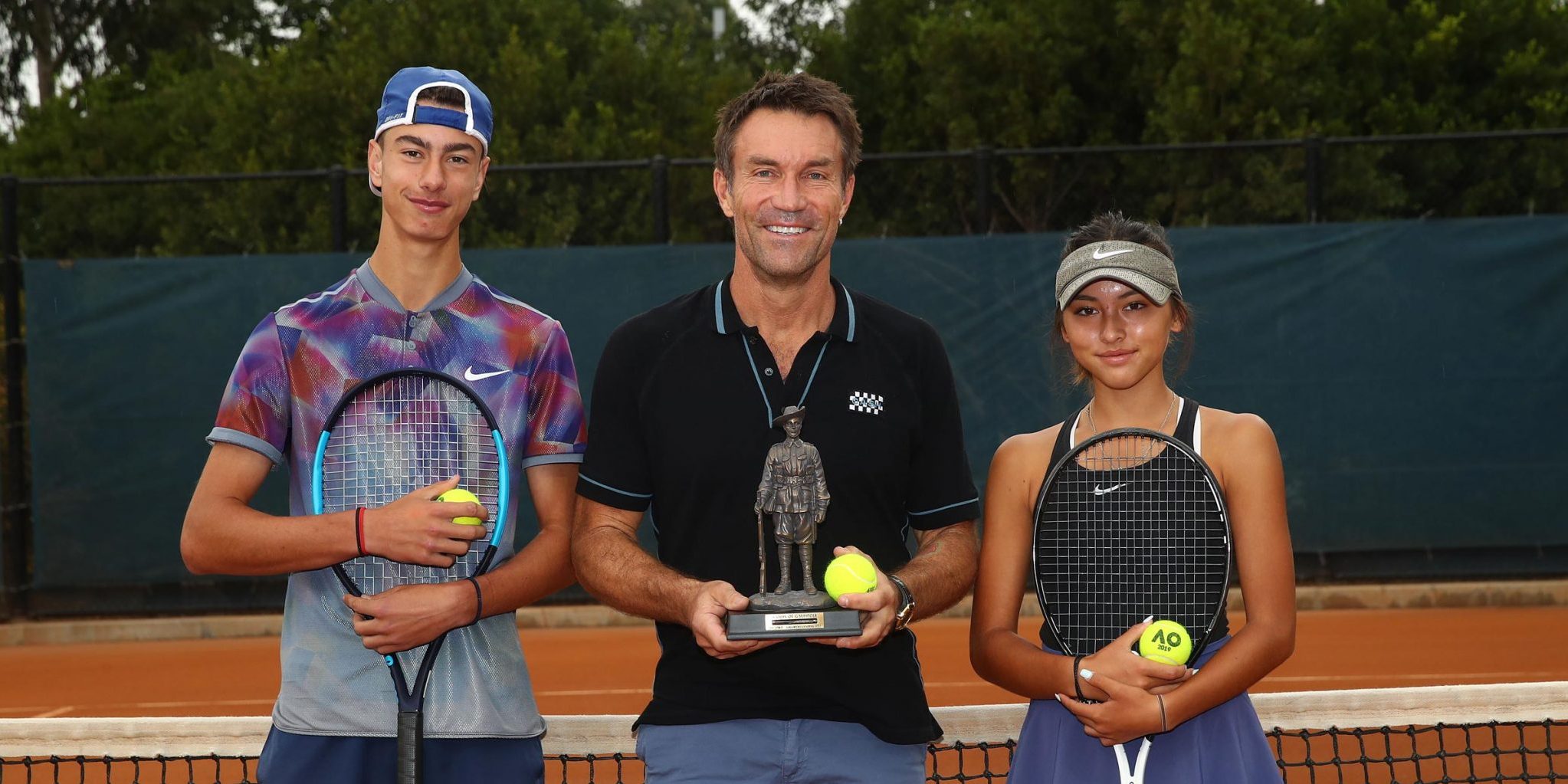 As co-founder and ambassador Pat Cash marked the Gallipoli Youth Cup in Melbourne ahead of ANZAC Day, he also celebrated the tournament’s values of history and friendship.

As a driving force behind the creation of the Gallipoli Youth Cup in 2008, Pat Cash was thrilled that tennis could forge such an important link to history.

“I think it’s a great idea to actually create an event because of ANZAC Day,” said the 1987 Wimbledon champion, now an ambassador of the ITF Grade 3 junior tournament, which is staged on clay at the National Tennis Centre in Melbourne.

“Not put on an event on ANZAC Day but actually create one because of the ANZACs. It’s been a great success and we’re very proud of it.”

With a record 13 nations represented among the 128 male and female players in the 2019 Gallipoli Youth Cup (including Australians Alex Bulte and Anastasia Berezov above), Cash equally appreciates the important theme of unity.

“Our goal was really to do an event around the friendships that developed from World War 1,” said Cash, who notes how tennis provides the perfect environment for camaraderie.

“You see each other in the locker room afterwards. and when you lose, you know, there’s tears and there’s joy, but out of that comes friendships. It’s amazing what happens,” Cash related.

“Tennis is one of those fantastic sports where as an individual you communicate with the other person, on and off the court. I can’t really think of a better sport that does that and so to have this tournament going along those lines and then embracing those qualities is really fantastic.”

Education has become a key component of the Gallipoli Youth Cup – the only international junior tennis tournament in the world that recognises the relationship between sport, community engagement and an event of national significance.

“When we started we had small ambitions to educate sport enthusiastic children about World War 1 and how the ANZACs role has shaped our current lives,” Cash said.

“Thanks to the hard work and dedication of many we continue to reach these goals and more.”

More than 400 year six students from various part of Victoria are participating in the tournament’s School Education Program, engaging in activities including an RSL Victoria presentation about the events of Gallipoli, ANZ Tennis Hot Shots and a tour of Rod Laver Arena.

The symbolism of growth as the Gallipoli Youth Cup is contested on the clay courts at Melbourne Park isn’t lost on the former Grand Slam champion.

“To be able to play here, the Gallipoli Youth Cup and playing on the clay, it really gives a great base. The experience on these sorts of courts is invaluable,” said Cash.

“It was originally supposed to be an invitational tournament, then it became a serious international junior tournament and then we were able to get the education element brought in as well.

“We’ve had a lot of help from a lot of people and I just think it’s a great idea.”